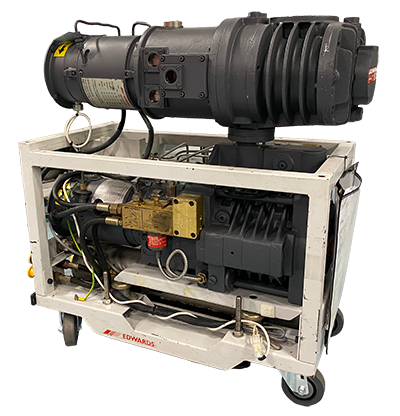 Following the 1st generation of air cooled Edwards CDP and DP series dry pumps, the QDP40/QMB250 was launched featuring quieter water cooled motors and built in functionality for integration to a parent system. This 2nd generation of dry pumps from Edwards became the work horse of the semiconductor Industry in the mid 90’s, and many thousands are still in use today.

Mechanically, the QDP40/QMB250 shares essentially the same pump module as its predecessors, as well as its successor, the iQDP. The QDP gas purge system, while functionally similar to the iQDP as well, is set and adjusted manually. The QDP electrical and electronic controls and sensors are provided by separate control modules available in varying degrees of sophistication.

The addition of the QMB250 Booster Pump mounted on top of the QDP40 significantly increases pumping capacity. For a more compact pumping package, the QDP40 and QMB250 can be directly mounted, or for ease of moving the QDP40 and QMB250 independent, the QMB can mounted in a booster fame, under which the QDP will sit. 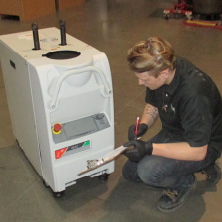 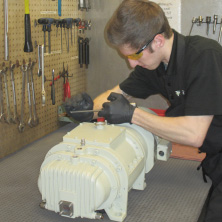 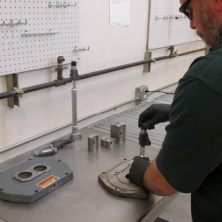 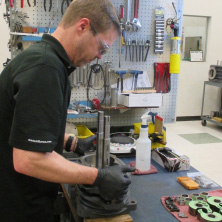 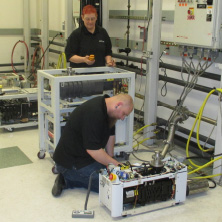